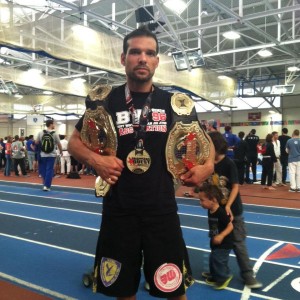 Xcel owner and head instructor Marcio Silva has had a diverse and successful athletic career. At age five he was introduced to martial arts through Judo. At 16 he became a professional cyclist and at 25 he was sponsored and traveled the world playing paintball. During the early 90’s his interest turned to Brazilian Jiu-Jitsu. With his Brazilian heritage, BJJ was a natural fit and hee quickly fell in love with the sport. However, Marcio recognized that in order to succeed at the highest level he needed to seek out and train with the world’s very best jiu-jitsu practitioners. He developed a global training plan fully immersing himself in BJJ’s ancient roots as well as the diverse techniques of today’s modern jiu-jitsu masters.

Marcio has trained with multiple World Champions including Caio Terra, Marcelo Garcia and Ruben “Cobrinha” Charles. He also realized that in order to be a world champion and to teach at the highest level, he needed to team with the best. This led him to Andre “Dedeco” Almeida and Bestway Jiu-Jitsu. With Dedeco in his corner, Marcio established Xcel Brazilian Jiu-Jitsu where he shares his passion for the sport and his quest for knowledge with his students daily.